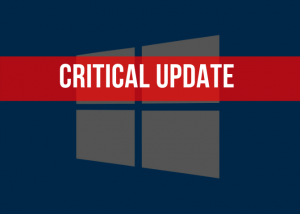 Despite Microsoft’s commitment to officially end extended support for the ever popular Windows 7 operating system on January 14, 2020 – there is a critical Microsoft patch that will be made available for Windows 7 machines on March 12, 2019. If administrators aren’t diligent in applying the important March 12 update, it could mean the end of Microsoft updates for Windows 7 computers.

Microsoft needs to ensure that the operating system updates workstations receives haven’t been tampered with, and to do this it uses an SHA-1 and SHA-2 hash algorithm to authenticate the updates. The problem is, the SHA-1 algorithm has weaknesses and can no longer be relied upon.

As Windows 7 SP1, Windows Server 2008 SP1 and SP2 all rely on the SHA-1 encryption hash, the need to receive an important update with support for SHA-2. All future Microsoft updates will require SHA-2 validation. So next month, Microsoft is rolling out an update to add support for SHA-2 encryption for its oldest supported operating systems.

Microsoft has scheduled the SHA-2 encryption stand-alone update to be deployed on March 12, 2019 for the Windows 7 and Windows Server 2008 operating systems. Workstations that are set to receive automatic updates from Microsoft should receive the update automatically overnight that night, and users should leave their workstations powered on overnight. Administrators who have a process for deploying updates will want to ensure that they schedule the important SHA-2 encryption update to deploy on March 12 or shortly thereafter so that legacy workstations can continue to receive Microsoft updates.